2014 Championships at Barber and Daytona 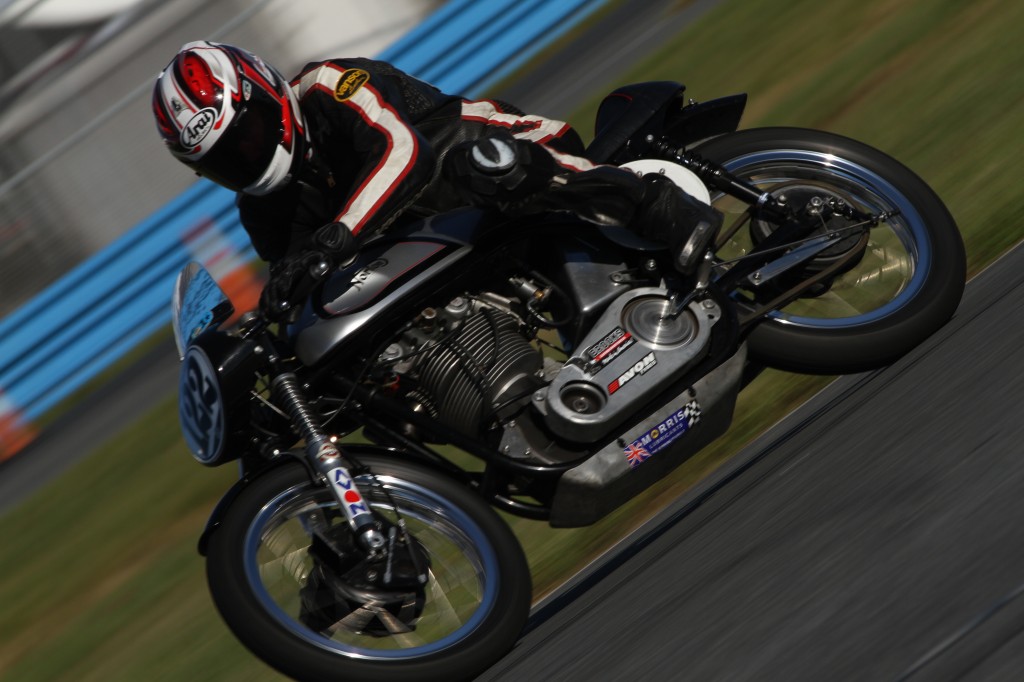 This year’s racing is over with these two back to back races. Barber was a frenzy, 60,000 people at least. 950 entries for the road racing.  We won 6 out of 8 races (yeah, there are some younger guys on cheater bikes) and just had a great time with camper parties all over the paddock. The Norton Manx’s ran well, especially the 1962 Replica which had just gone through major heart surgery and gearbox massaging (thanks to Rob McKeever and Maurice Candy). Plenty of friends at Barber, Don Gordon, John Duss, Lynn and Andy Lee who we stay with, Many Norton Club Members, Nobby Clark did the hole hike with us and was in great shape. Cindy organized a Sloppy Joe party in the Paddock with Chris Carr. When we had a moment, we would run over to Lynn and Art Farley’s and make sure they missed us. We also met up with some new sponsors, Moto Madness and Jamie Goodson. Mike Vanson was speaking French after we all figured out we had all gone to the same college in Paris. Matt Silva kept us laughing all weekend, and offered us a ride on his Ducati at Roebling Rd. next year. Cindy and I would jump on the pit bike and run up and down the isles at the swap meet or go see Marina and Chris Alley at Riding into history. So we got around and did a lot of schmoozing. It was a blast!

Daytona was the next Friday and Saturday. Pretty empty…… especially compared to Barber, but we really had a good time and made the most of it. We had a great spot in the open paddock and all the room we needed…. We were going for 8 wins out of 8, but a broken spark plug stopped the Old Boy on the back stretch. The porcelain came loose so I lost compression, and it literally blew the spark plug cap off! Variable 1/4 inch gap is not good. Nobby was on the ball had a new plug installed in no time, to discover that the gearbox tensioner had gone on strike and the primary chain was tightening up big time. So again Nobby jammed a bolt in there and gooped up the whole thing and we where go to go for the rest of the day. That’s what Motogp mechanics do. It gave a great victory to Ralph Wessel on his Indian and he really deserves it. Maybe his first win at Daytona???? 7 wins out of 8 is pretty for Daytona, considering some racers don’t even get a lap in. The Nortons are so well prepared by Rob, Maurice and Nobby. 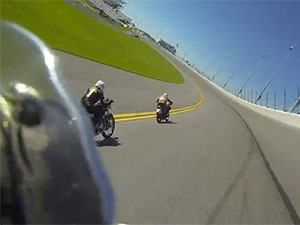 Cindy Hill had a full front line of competitors, finished 2nd on Friday behind Mike Kirby, but got the better of him the next day winning her very first race, at that being at Daytona….. so we were all real pumped. It might be a record for a Novice woman racer to win her first race at Daytona???? Very unexpected and it really gave Nobby and me a big grin. That little Honda CB400F is no Norton, but it just goes, big thanks to Joe Clements who gave it to us.

We walk away from these 2 venues with many wins, met a ton of people, did a ton of miles and had no crashes and all the bikes still running. Great restaurants, some beers and lots of smiles. What a great way to end the year….. Thanks to all our friends and sponsors.

One thought on “2014 Championships at Barber and Daytona”