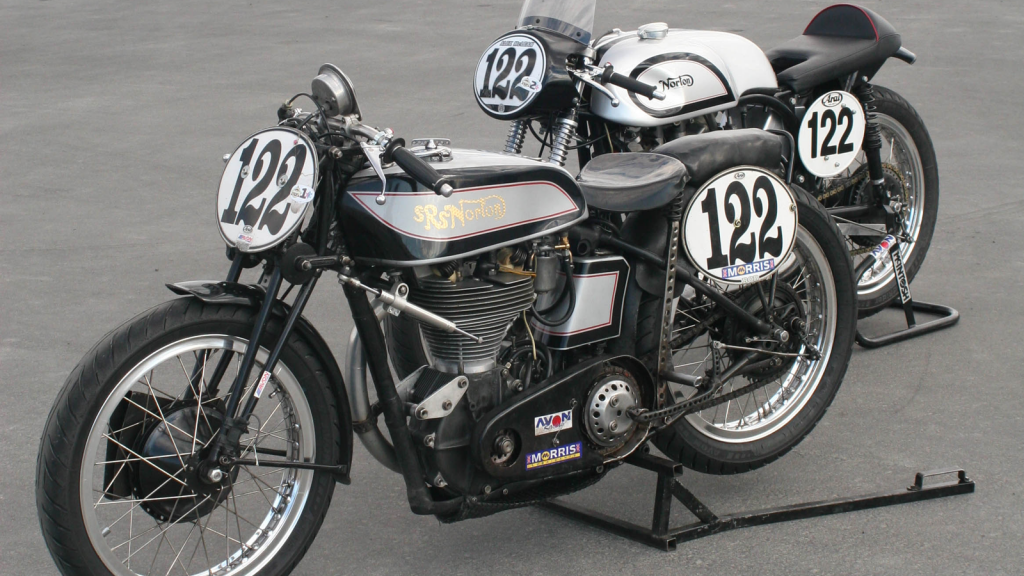 So the snow is clearing and preparations for 2014 and racing at Roebling Road in Savannah, GA (February 28-March 2) are in full gear. The Sprinter has had its first oil change and the trailer has new brakes all around. Rob McKeever has been working on the bikes all winter and Maurice Candy is helping with the final touches. Bob McKeever has his thinking cap on and is motivating us to not forget a thing. He will be driving his New 4 wheel cart around the paddock so watch out for him… Cindy Hill is starting to loose sleep as she prepares for the racing school and eventual race during the weekend, she is also keeping all of us on the boil with the Norton Manx Racing website and making sure we rule the web.

Nobby Clark should be on his way if he can get out of the snow, he has a clean bill of health and miraculously his kidneys are firing on all cylinders. Joe Clements, only 94, has also made me understand the is was coming and ready to work on the bikes just by touch and will make sure that the transponder is on the proper bike. So the team will be there and we won’t forget the Champagne.

The bikes will be pretty much the same as 2013, with some few tweaks here and there, new cables,brake shoes and so on.

Arai and Dainese have helped out with helmets and boots, Matt Silva at Vanson is helping as usual and suiting up Cindy for her racing debut.

Now I need to get all the team in one spot and start loading the van and trailer and organize everything.

So it is going to be a hectic week, but that gets the adrenaline pumping.

The words rain and cold have been spoken for this first race, so we hope not, but we wont forget to pack the generator and some space heaters.

See you all there.