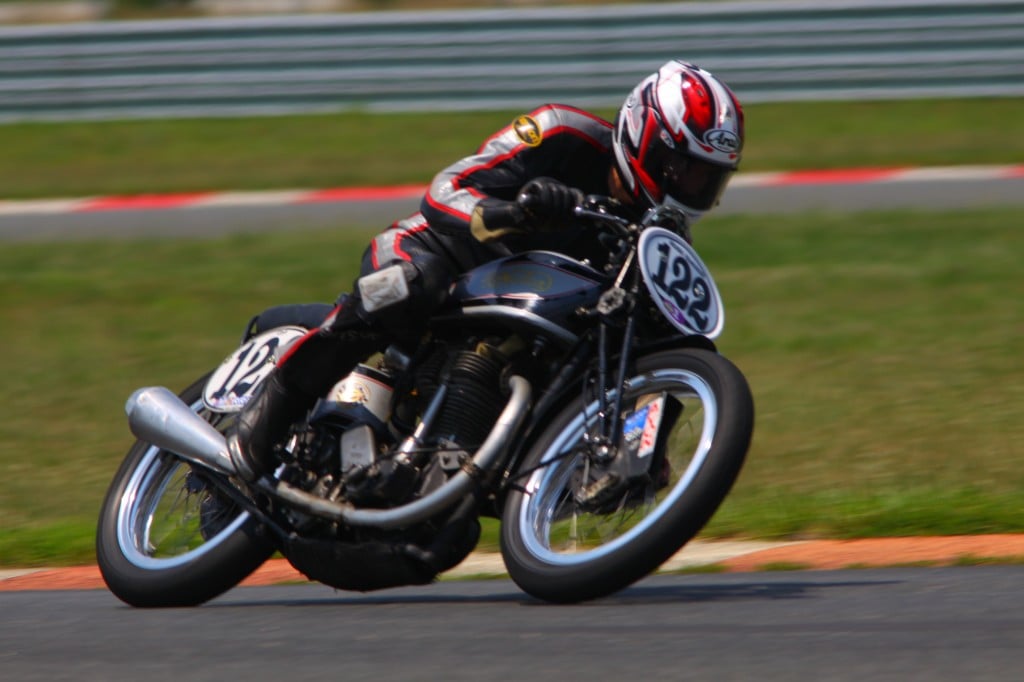 We are already prepping for 2015 racing season. New upgrades for the Norton Manxes. Last year we noticed some chatter problems and at Daytona we had some fuel delivery concerns. Rob McKeever has been working feverishly on these and believes to have sorted them out. The 1937 Norton gearbox looseness has been attended to and general maintenance is in order. Ken Macintosh in N.Z. has been counseling us through the winter. The really big news of this winter season is that Alex and Cindy got married, so we have a new racing couple in the paddock. This year Cindy will need to confirm her racing abilities and get a test ride on a Manx. Nobby Clark will be at the races guiding us with his never ending experience and friendship. New sponsor AirTech is on board for 2015 with some fiberglass for the bikes. Avon, Vanson, Arai, Moto Madness, Brooks Leathers and all our private sponsors are all in. Racing will start February 22 at Roebling Road in Savanna Ga.

Our thoughts and prayers go out to Dick Klamfoth and his wife Bev who lost their home to a terrible fire during the holidays….

Happy New Year to all. Hope to see you at the races!!!