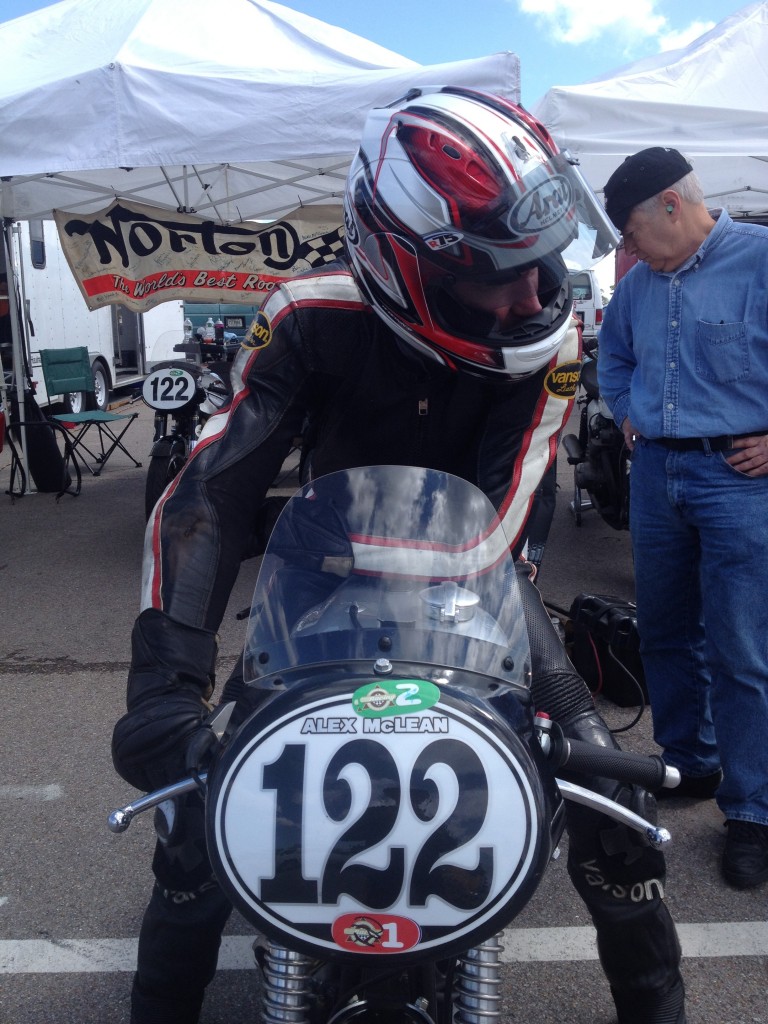 We made it there and back all in one piece.  Jacksonville to Maryland.  Picked up the bikes and passengers Maurice Candy and my sister Pix. Loaded to the gills, I had the Sprinter and trailer pegged at 82.5 mph, back to pick up Cindy in Jacksonville Florida.  Next day, Thursday we make it to Nola, where Byron is waiting for us at the gate to take our $30 gate fees.  We dropped off the trailer and hit the motel. Friday,  it was pouring! And all day….. so no practice for us. Saturday huge puddles all in just the right places, the track slowly dries out in time for racing after lunch. Not much competition, Roper is getting his ankle fixed (hope he is well), no Hall brothers, the Hansen guys aren’t there, and Alberto Fernandez’s Manx won’t fire. Track is very green and super bumpy in just the wrong places, so lap times are down by 4 seconds or so.  Rob McKeever tried hard to find something to do on the Manx’s, but the tool box stayed cold and that is a good thing. We pit along side Luke Connor and have a great time Saturday night eating  jambalaya prepared by Jamie James,  famous AMA pro rider.  Luke then brought out a huge whiskey barrel,  jams it with ice, tequila and mix, and then used an outboard engine to stir up the debilitating mixture…. we had a great time.  Luke also lent a Honda SL350 to Cindy to ride, and after tweaking it a little with Gary Swann’s help, she got around the track both days. Thanks Luke!!!!!!

We had a good time winning all 8 races, and going to the award ceremony Friday.  Thanks to all AHRMA officials for putting up with our continual change of race plans and Ed Bargy who was real snappy with the flags. Also thanks to Avon Tyres  who have renewed their trust with us for another year, as well as Arai with a couple of beautiful Pedrosa style Corsair’s and Vanson’s Matt Silva with a set of leather’s to help Cindy with her road racing.