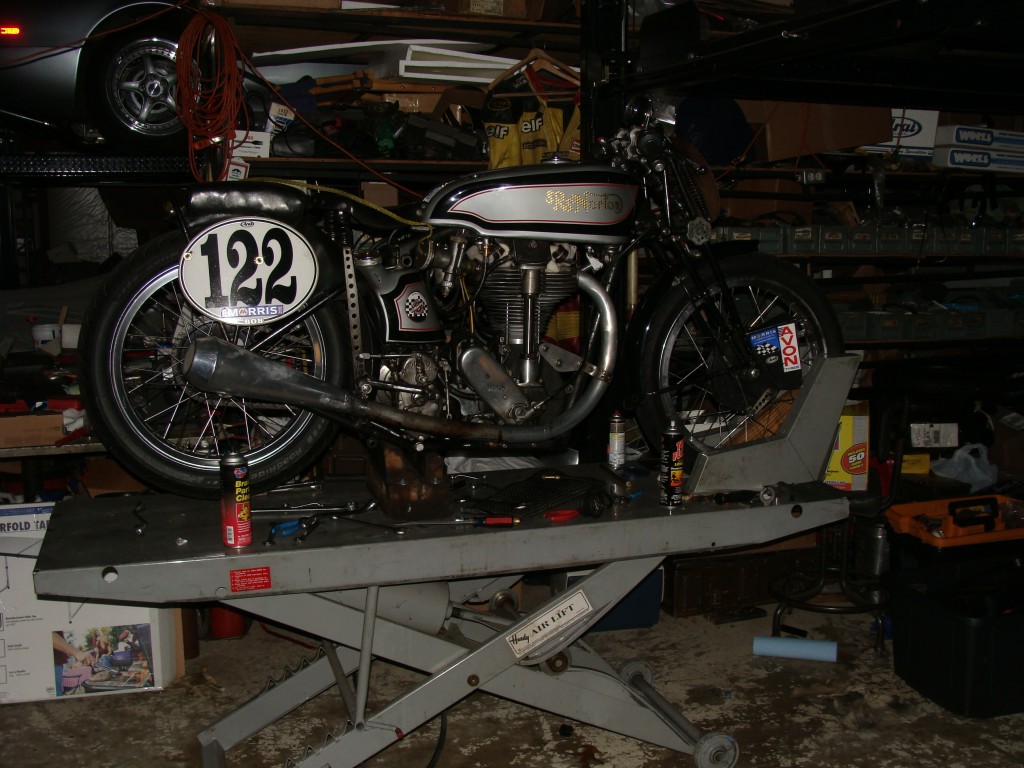 Less than two weeks away for race 2 at NOLA La. lots of loose ends to finish up.  A full load of family and friends again want to come and participate, so we will soon need to buy a bus. we just spent the last week at Amelia Island Concourse, the ran off to Daytona to enjoy “Over the Hill Gang” and “AMA” breakfasts. Meeting lots of people,  Dick Klamfoth, Tommy Mcdermott,  Bobby Hill, all Daytona winners. Had an interesting discussion with Rob Dingman and hope we will stay in contact, maybe a way to make peace, get Daytona race back in March (it is a must!). Had a great lunch at Doc Batsleer’s  compound, and good talks with Bob Coy, who had helped organize the racers getting to Philip Island, Australia this year. Bruce and Jeff at the Arai garage fixed my helmet and gave some very useful information as to why we need to race Daytona in the spring. As for the Manx’s for NOLA, Rob McKeever is working feverishly on completing some top end work on the the 62 model, as we had a minor problem with the cam box. Maurice Candy is back from Australia and after some kidney stone work, he is buttoning up the engine as we speak. Hoping for a good turn out and some gumbo, and maybe speak a little french. Cindy Hill, our race coordinator is chomping at the bit to get another race under her belt, and Luke Connors may help her with a bike…  I may have a go on a Harley.